Respected Readers, it has been some time since I’ve written to you, at least in this place. Many of you have asked me why I haven’t written. Oh, believe me, I have thought about writing, even sat down and begun the process. Let me tell you why I have not.

In the late fall of 2018, I was trying to digest the significance of the Kavanaugh hearings—the “trial” of Judge Brett Kavanaugh by the U.S. Senate Judiciary Committee. I thought the actions of our Senators during that mindless display would be something we should all think about.   I’ll tell you a little secret. When I believe we ought to be angry about something, I often use angry words. But I promise you, they are considered angry words. I don’t write, speak or do anything else well when I’m angry. I try to wait until I’m calm, and consider very carefully any angry words that are needed. Each of you who knows me well will now be smiling, because we both know I’m not always successful at this. But I try, I really do.

So the reason I didn’t write was because I was still angry. When I tried to tackle a different subject, perhaps something light and humorous, I would return time and time again to the outrageous conduct of the United States Senate. I wouldn’t let it go. Then, of course, I got angry all over again. This was no writer’s block. It was a vapor lock. I simply kept overheating.

It’s been several months, and the witch hunt of Judge Kavanaugh has ended, at least for now. We could easily hide this dark thing that happened with plenty of newer headlines. But it’s still back there; it still happened. The black mark on all of us in the fading days of 2018, when a group of United States Senators chose to ignore the principle of “innocent until proven guilty” in order to feather their own political beds with a sickening lack of character and competence. Mind you, those are my calm angry words. 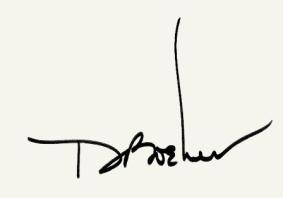 Just yesterday, I took issue with some fellow Kansas City Chiefs fans about how we should approach the loss of the AFC Championship game. We can make excuses, or we can look at ourselves with an unblinking eye. We have the opportunity to examine our flaws and correct them. It is within our power to do this.

Perhaps that is the way we should consider the Kavanaugh travesty. Maybe we need that unblinking eye to correct our flaws, or, at least, to make the effort.

4 thoughts on “Dealing With My Demons”